Benefits of the Municipal Services Act 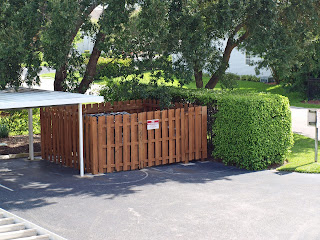 New Jersey’s Municipal Services Act (the “Act”), N.J.S.A. 40:67-23.2 – 23.8, requires that every municipality provide “qualified private communities” with certain municipal services on its roads or streets or reimburse those communities for such services.  The purpose of the Act is to eliminate double payment for services (such as snow and ice removal, lighting of the roads and streets and collection or disposal of garbage, recyclables and leaves) by residents who pay for them through both their property taxes and association common expenses.  The vast majority of condominiums, as well as other community associations in the State of New Jersey, meet the requirements of a “qualified private community,” as defined in the Act.

If the municipality chooses to perform the designated services, it must do so in the same fashion as it does throughout the municipality.  However, if the municipality selects the reimbursement option under the Act, the municipality enters into a written agreement with the Association to reimburse it annually for the municipality’s actual cost (not that of the Association’s) to obtain the covered services.  While these costs may be significantly less than the Association’s cost to hire private contractors, as is often the case, many municipalities reimburse communities amounts which do not reflect the true full costs to the municipality.  For example, costs associated with the services should include and take into consideration direct and indirect costs such as: labor (straight and overtime), supervisory and administrative personnel, employee benefits, materials, fuel and oil, vehicles and equipment, and the housing of vehicles and equipment and maintenance of same.   Moreover, in some circumstances, a community may be entitled to greater reimbursements when taking into consideration certain “difficulty” factors, such as the steepness of the roads.

Despite the enactment of the Act in 1993, many communities are either not receiving the benefits of the Act or are being substantially shortchanged in the municipality’s calculation of the costs for such services.  For this reason, it is important that communities have counsel who specialize in common interest communities, such as those at Becker & Poliakoff, LLP, to carefully negotiate with a municipality in order to assure they receive the maximum amount to which they are entitled.