Getting A Mulligan (Do-Over) for Your Board in 2018 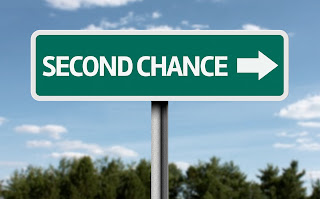 Whether we call them mistakes, oversights, slip-ups or boo boos, we all make them including volunteer board members who are often hamstrung by both operational and time constraints.

The new year provides an optimal opportunity to correct items from 2017 or even earlier. The law allows a corporation which has taken authorized actions but which were done in a procedurally incorrect manner to ratify those actions by approving them again, but this time following proper procedure.

Have any of the following occurred in your community?

1. You made alterations to the common elements or association property but failed to obtain the requisite membership approval.

2. You did not hold your annual meeting on the date specified in the documents and a member called you out on it.

3. You had to discard several election ballots because you did not have voting certificates on file for those units.

5. You took a Board action (filled a vacant seat, signed a contract, fired an association employee, levied a special assessment or adopted a budget, etc.) outside the scope of a duly noticed Board meeting and vote.

6. Your members passed an amendment and you failed to record it or an amendment was prepared and never presented to the membership for a vote.

Here are the solutions to the foregoing problems:

2. We can amend your documents to give your Board more flexibility when setting the date and time for the annual members’ meeting and election so you do not risk a technical violation in the future.

3. We can amend your documents to eliminate the requirement for a voting certificate for husband and wife and other co-owners of units other than units owned by corporations or business entities. Doing so will eliminate most of the confusion and time-consuming fuss at your meeting to determine whether or not the outer envelopes were properly signed by the voting certificate holder. Along those lines, implementing online voting will also eliminate these outer envelope judgment calls at your election.

4. Just because a prior board has not strictly and uniformly enforced certain provisions of your governing documents does not mean your board is forever prohibited from doing so. We can undertake a process known as republication which will allow you to breathe new life into those unenforceable restrictions and once again allow you to successfully enforce them.

5. Prior unauthorized or procedurally improper actions require a discussion regarding the nature of those actions and preparation of the necessary materials to ratify same.

6. If the membership vote was within a relatively recent period of time, we can proceed with recording that amendment or amendments; if not we may need to start the process over again. If you have been sitting on an amendment which was prepared but never voted upon, depending on the age of the amendment, we may need to review and revise that language.

This list is not comprehensive. There may be other items where a transition in management or in the composition of the Board may have resulted in items falling through the cracks. If you have questions about how to correct any of these problems in your community, you can email me at dberger@beckerlawyers.com or by phone at 1-844-CAREBP1.