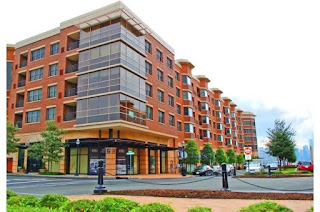 On December 7, 2017, a Hudson County Superior Court Judge, in the matter of Grandview II at Riverwalk Port Imperial Condominium Association, Inc. v. K. Hovnanian at Port Imperial Urban Renewal III, LLC, et al, Docket No. HUD-L-2839-14 (“Grandview II”), denied summary judgment to an architect retained by the developer who argued that the statute of limitations barred the association’s claims pursuant to the Supreme Court’s controversial decision in the matter of The Palisades at Fort Lee Condominium Association, Inc., v. 100 Old Palisade, LLC (“Palisades”)[1] because the developer knew of the defects more than six-years prior to the lawsuit being filed. In denying summary judgment, the Court specifically held that Palisades (1) was factually distinguishable from a project such as Grandview II that was originally developed as a condominium with the intent to transition the operational control to an association in the future and (2) did not modify the long-standing rule that claims by a condominium association against the developer, its design professionals and subcontractors do not accrue until transition. Citing Terrace Condominium Association, Inc. v. Midlantic National Bank, 268 N.J. Super. 488, 503 (Law Div. 1993).

Becker & Poliakoff represents the plaintiff condominium association in Grandview II and argued in opposition to the motion for summary judgment, among other things, that Palisades was not only factually distinguishable, but that it did not change long-standing New Jersey case law holding that such claims do not accrue, at the earliest, until transition of control by the developer. Fortunately for common interest communities throughout New Jersey the Court agreed that “no claim could be brought by the association until the transition occurred. That is until at least seventy-five percent of the units were sold to require the transition from owner to association control.”

As recognized by the Court, the statute of limitations is a rule of equity and as such equitable considerations must control the Court. There is an inherent conflict of interest in the argument put forth by the architect in Grandview II that a cause of action for construction defects by a condominium association accrues when anyone in the chain of ownership, including the developer, first knows or reasonably should know of a defect, even if transition to unit owner control had not yet occurred. While such may be equitable in the unique circumstances presented by Palisades, where the building was constructed as an apartment complex and subsequently transitioned to a condominium, it is not realistic to suggest that a developer would initiate an action against itself, or its contractors and design professionals, prior to transitioning control to the unit owners in the normal condominium context.

While we believe the decision by the Hudson County Superior Court is correct and well-reasoned, it certainly will not bring an end to design professionals and subcontractors attempting to dismiss a condominium association’s construction defect claims as being barred by the applicable statute of limitations based on the decision in Palisades and the developer alleged knowledge of defects. The Palisades decision, while innately fact driven, is nonetheless a decision by the Supreme Court. Thus, defendants may still attempt to argue that Palisades is not distinguishable and as a decision of the Supreme Court is the applicable controlling law. While we believe that argument to be incorrect for the very reasons argued to and set forth by the Court in Grandview II, if your association is currently experiencing problems due to potential construction or design defects it is suggested that you seek the advice of counsel immediately to best protect your interests.