In Defense of HOAs 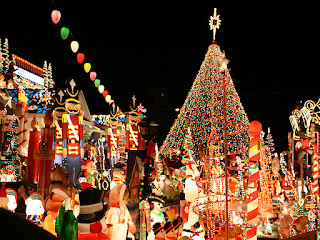 HOAs certainly have their share of detractors. Many HOAs operate a community of detached, single family homes which begs the question: it’s my house; it’s my yard; other than the local building code, why should my HOA be able to restrict what I can do with them? Does it really matter how I maintain my yard? Shouldn’t the choice of exterior paint color be left up to me rather than the HOA board or an architectural control committee? Shouldn’t I be able to park whatever vehicle I want and park it wherever I want on my lot? The answer to those questions depends on one’s expectations and, unfortunately, sometimes people who prefer few or no restrictions find themselves living in communities with extensive rules and regulations.

While some people are quick to criticize HOAs and even call for the dismantling of their regulatory framework, there are significant benefits that a mandatory homeowners’ association can provide.

In my hometown of Plantation, Florida, an ongoing controversy exists in terms of a holiday light display on a residential cul de sac which is not part of a mandatory community association. When I first visited the attraction, I marveled at the grand scale of the display: a large Ferris wheel in the middle of the lawn with adorable teddy bear passengers, an outdoor movie screen playing holiday classics, thousands upon thousands of lights and law decorations and masses of people milling around and gawking like me. My second thought was “I really would not want to live on this street.”

This nationally recognized holiday display takes place on an otherwise quiet cul de sac with fewer than a dozen homes and only one street that provides access to the residents and their guests and visitors. The push and pull between the owners who host the display and their neighbors has, not surprisingly, played out in the media. Several of the neighbors have been vociferous about the negative impact their neighbor’s activity is having on them. They claim that the lights, noise, garbage left on their lawns by visitors, weeks of set-up and removal of the display as well as the pedestrian and vehicular traffic over the span of many weeks all contribute to the diminution in their quiet enjoyment of their homes and their ability to celebrate the holidays on their terms. They also fear that the display could hinder the ability of emergency vehicles to render assistance in their neighborhood while the display’s visitors are clogging the streets.

There is little doubt that a holiday display on this scale would not be permitted in a mandatory homeowners’ association and this is only one example of activity than an HOA could and arguably should regulate. Every set of Association governing documents contains a clause that prohibits activity that interferes with the peaceful possession and enjoyment of the other homes in the community. In this case, the governing documents could be amended to add specific guidelines regarding holiday displays and exterior alterations to a residence. No HOA documents would permit any type of display which could be classified as a nuisance or which would bring a nightly influx of non-residents into he community.

A violation of the governing documents such as this holiday display would have resulted in fines and, if those fines exceeded $1,000, they could have become lien on the property and possibly foreclosed. Whether you believe that a massive holiday display in a residential area is a nuisance or a blessing, the tools available to a private residential community enforcing its private restrictions are undeniable and they can and should work to the benefit of other lot owners.

Detractors of mandatory HOAs may argue that the local city or county can regulate the use of residential property and enforce Code violations. Well, that may be true in theory but in practice the local authority sets minimum standards, whereas your community may want higher standards of aesthetics. Also, the local authority is often reluctant to become embroiled in these kinds of situations and, even when they do take action, they may not be as successful as an HOA would. In the case at hand, the City of Plantation sued the display’s owners and lost. The City filed a nuisance lawsuit based on alleged traffic issues and the judge ruled against the City. Curiously, the nuisance impact on the neighbors was not addressed in that lawsuit. In the end, this case illustrates how a private community could more effectively enforce private restrictions as opposed to relying on municipal Code enforcement.

What other advantages can an HOA provide? Residents in an HOA benefit from the services and amenities that sharing expenses can provide, such as security services, recreational amenities like pools, exercise rooms, tennis courts and more. Lastly, highly functioning HOAs can foster a strong neighborhood connection. In the case of the besieged cul de sac, that neighborly connection arose not because things were going well but because they were going very wrong.