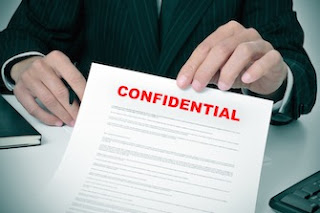 Q:     Can board members adopt a policy requiring all members of the Board to execute a confidentiality agreement?

A:       While there is no New Jersey case law directly on point, the likely answer is that with respect to material that is confidential, the governing board of a common interest community may adopt a policy requiring that the right of a director or trustee to access confidential material will be conditioned upon the board member’s execution of a confidentiality agreement.

The New Jersey Condominium Act and New Jersey Planned Real Estate Development Full Disclosure Act (PREDFDA), despite having vigorous open meeting requirements, recognize that certain discussions should be held in confidence. Specifically, the governing board, in the exercise of its powers and duties, may exclude or restrict attendance at those meetings, or those portion(s) of meetings, dealing with: (1) any matter, the disclosure of which, would constitute an unwarranted invasion of individual privacy; (2) any pending or anticipated litigation or contract negotiations; (3) any matters falling within the attorney-client privilege, to the extent that confidentiality is required in order for the attorney to exercise his ethical duties as a lawyer; or (4) any matter involving the employment, promotion, discipline or dismissal of a specific officer or employee of the association. See N.J.SA. 46:8B-13 and N.J.S.A 45:22A-46(a). It is very likely that the reason for such provisions in the Condominium Act and PREDFDA are in recognition of the fact that to act within the best interest of the association (i.e. maintain a duty of loyalty) requires members of the governing board to exclude and restrict attendance at certain meetings in order to maintain the required fiduciary level of confidentiality. Thus, a governing board would be justified in denying a board member access to such confidential information or materials where that board member refused to sign a confidentiality agreement with respect thereto.

In fact, the Appellate Division in one New Jersey case did not appear to take issue with the association requiring its members to sign confidentiality agreements in order to obtain a list of all members of the association.  Instead, the court held that a one thousand dollar liquidated damages clause in the confidentiality agreement was unreasonable and invalid, but did not otherwise appear to take issue with the confidentiality agreement or the board’s requirement that members sign same. See Comm. for a Better Twin Rivers v. Twin Rivers Homeowners’ Ass’n, 383 N.J. Super. 22, 60 (App. Div. 2006) rev’d on other grounds, 192 N.J. 344 (2007). Likewise, in a corporations cases from Delaware, the court there has held that the access to materials as a director may be conditioned on the execution of a confidentiality agreement. See e.g.Hollinger Int’l, Inc. v. Black, 844 A.2d 1022, 1092 (Del. Ch. 2004); Stroud v. Grace, 606 A.2d 75, 89-90 (Del. 1992).

In light of the aforementioned legal precedent, where a member refuses to sign a reasonable confidentiality agreement but continues to demand access to confidential information, the board of a common interest community would likely be justified in seeking a judgment declaring that the member’s access to materials be conditioned on his or her execution of a confidentiality agreement.  In addition, while the board likely cannot remove the member from the board, as most governing documents require a vote of the unit owners, the board may also be justified in calling upon the unit owners for a vote to remove the obstinate board member.