Q&A: Mandatory Evacuation During a Hurricane? 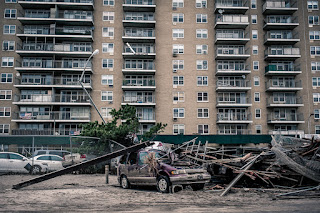 Q:     Can we order our residents to evacuate our association in cases of things like hurricanes? Does a state emergency order play a role? If the state orders a mandatory evacuation can we fine residents who remain?

A:     Generally, if the State or local authorities have not issued an evacuation order, the answer is no.  Unless your governing documents had an unusual provision granting the board the authority to issue an evacuation order, absent a government order of evacuation, the board would not have the authority to issue such an order.  Typically, the powers of a board are far greater with respect to the use of the common elements as opposed to the use of the units.  A board cannot unilaterally tell an owner that he or she must leave their own home, when the governmental entity hasn’t made that determination.  If the State has issued a mandatory evacuation order and your governing document require an owner to comply with all law, then it might be possible to fine an owner for failing to evacuate. If, though, an owner didn’t evacuate and it did not cause the association or fellow owners any harm, it would appear to be an overreaction to a situation where the association’s efforts might be better targeted towards recovering from the hurricane, rather than seeking to fine owners who failed to evacuate.