Rent Receivers Revisited: Is the Appellate Division Decision in Woodlake at King’s Grant Condominium the Death Knell for Rent Receivers? 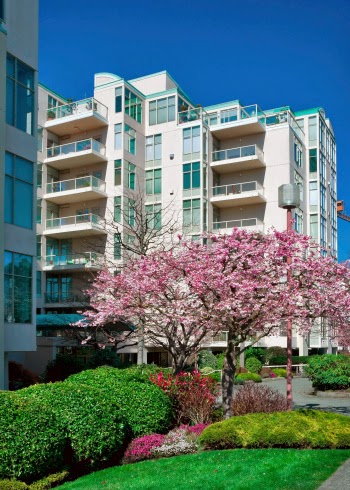 Last week, the Appellate Division of the New Jersey Superior Court issued a per curiam opinion denying the request of a condominium association for appointment of a rent receiver in Woodlake at King’s Grant Condominium Association, Inc. v. Christopher Coudriet, 2014 WL 1281474 (April 1, 2014)

The underlying facts giving of the matter presented to the Court are very familiar to condominium associations. Based on the facts presented, the decision is not a surprise.

According to the decision, the matter before the Appellate Division, involved a consolidated appeal for two separate condominium units owned by two different individuals. In a very familiar factual scenario, units were vacant and abandoned, both were the subject of pending mortgage foreclosure proceedings and both had a relatively substantial arrears balance to the association. The association moved for appointment of a receiver to rent out the units and apply the proceeds to pay the assessments.

The issue was whether the motion judge abused her discretion in denying the application. The application for appointment of a rent receiver was made by the association in the context of its lien foreclosure proceedings

Although this decision did not yield a favorable result for Woodlake at King’s Grant Condominium Association, this author opines that this decision is not the death knell for associations interested in pursuing rent receiver applications.

The decision provides guidance concerning the factors a court will consider when presented with an application for a rent receiver. The factors are discussed in the context of an application that would be made by a mortgagee for appointment of a receiver.  First, although the Court noted that existence of a contractual provision in the mortgage documents, or a provision in the governing documents allowing for the appointment of a receiver, standing alone will not be dispositive of the application,  such provisions will be considered by the court.

Although, most governing documents do not contain provisions specific to rent receivers, some documents do contain a general  remedies provision allowing an Association to use  all legal and equitable remedies to enforce compliance with the terms of its documents.  The rent receiver  application should contain a reference to any such provisions.

Next, the lender should and must be served with notice of the application. If the lender does not appear and object, this may work in favor of the association.

Finally, the Court noted that the Condominium Act does not expressly authorize the relief the Association was seeking.

Notwithstanding the forgoing, there is an alternate statutory remedy that may be useful to condominium associations.  Generally speaking, in the context of condominium association collections, prior to commencing a lien foreclosure, the association has made other attempts to collect the outstanding maintenance arrears that have not produced any results or payments. The association likely has recorded a claim of lien and has commenced a civil suit and may have an unsatisfied judgment.

N.J.S.A. 2A:17-66, authorizes the Superior Court to appoint a receiver of property in aid of execution on behalf of a judgment creditor. Although the decision to appoint a receiver is still an extraordinary remedy and rests within the sound discretion of the court, the application may succeed if the association can demonstrate that it has exhausted all other avenues for post- judgment enforcement.  The association now has a statutory basis to rely on and can argue that the first mortgage will remain in place unaffected by the appointment of a receiver and the receivership will be limited in time and amount to enforcement of the judgment. The courts may be more comfortable with this alternate approach.