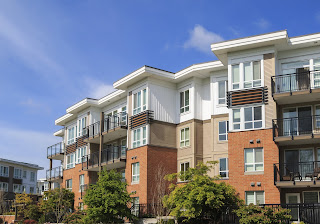 In a recent decision the New Jersey Appellate Court held that a lawsuit by a condominium association against the developer and other parties responsible for the negligent design and construction of a condominium, that was filed more than six years after substantial completion of construction, was not barred because the six year statute of limitations that runs from substantial completion was deferred until the association received a report from its engineer identifying the various construction defects in the property.[1]  While prior decisions of the New Jersey courts have held that such claims are, at a minimum, deferred until the unit owners gain control of the Board,[2] the Palisades Court found that the association was entitled to the benefit of the “discovery rule,” which defers the limitations period until a party knew, or should have discovered by reasonable diligence, that a claim exists.

The statute of limitations for construction defect claims generally begins to run upon substantial completion, but the equitable principle of tolling may be applied to condominium associations’ claims to defer the running of the limitations period.  For example, in Palisades, construction was substantially complete on May 1, 2002.  The unit owners, however, did not gain full control of the Board until July 2006.  Shortly after gaining control, the board retained an engineering company to undertake an evaluation of the property and in June 2007 a report was supplied to the board identifying various construction defects.

On March 12, 2009, the association filed a complaint in the Superior Court of New Jersey against the construction defendants based on the findings in the June 2007 report.  The construction defendants sought dismissal of the complaint arguing that at the time the engineering report was produced one year still remained on the six year limitations period and therefore the association had ample amount of time to seek recourse and equitable tolling ought not to apply.  On appeal, the Appellate Division reversed the decision of trial and rejected the argument of the defendants, finding that the discovery rule deferred the limitations period until the engineering report was supplied because that is when the board first discovered, through reasonable diligence, that a claim existed.

The decision in Palisades is significant because it affirms that the discovery rule applies to construction defect claims by a condominium association.[3] It is important that associations act with reasonable diligence to discover potential construction defects and timely assert any claims for damages.  If your condominium has recently transitioned from developer to unit owner control, we suggest that you immediately consult with an attorney.