Could Your Community Association Turn into the Next Confederate Symbol Battleground? 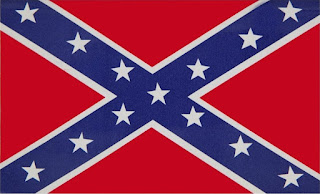 In light of recent events in Charlottesville, it should come as no surprise that symbols mean different things to different people and there will unfortunately continue to be disagreements (and at times violence) when it comes to interpreting whose rights deserve protection as they pertain to those symbols.

While it is not likely that a homeowner in a private residential community would erect a statute of a controversial figure in his or her front yard, it is possible (and has, in fact, happened) that a resident may choose to display a flag (Confederate or otherwise) which is deemed offensive by some of his or her neighbors or by the Board of Directors.

In the context of a mandatory community association, just how much can or should a volunteer board regulate the display of symbols that some residents may find offensive? There’s not much to debate if a resident chose to erect a Nazi or Isis flag in your community as most rational people would support removing those flags as clear symbols of hatred. However, let’s discuss a timely example of a less clear-cut albeit controversial and divisive symbol-the Confederate flag. Would the Board of Directors in a Florida HOA have the right to request an owner to remove that flag?

In the absence of any Board Rule or provision in the recorded governing documents prohibiting certain types of flags, the answer is NO.

In Florida, the Legislature saw fit to protect the rights of its citizens to fly certain types of flags regardless of any association restrictions to the contrary.

(2)(a) Any homeowner may display one portable, removable United States flag or official flag of the State of Florida in a respectful manner, and one portable, removable official flag, in a respectful manner, not larger than 4 1/2 feet by 6 feet, which represents the United States Army, Navy, Air Force, Marine Corps, or Coast Guard, or a POW-MIA flag, regardless of any covenants, restrictions, bylaws, rules or requirements of the association.

You may not be aware that in Florida, a law was passed in 1961 to specifically address the Confederate flag.

256.10 Mutilation or disrespect for Confederate flags or replicas.- No person shall publicly mutilate, deface, defile, defy, trample upon, or by word or act cast contempt upon the flags of the Confederacy, or replicas thereof, for crass or commercial purposes; provided however that nothing contained herein shall be construed to prevent or prohibit the use of such flags for decorate (sic) or patriotic purposes.

So what would your association do if an owner insisted on flying the Confederate flag? What would your Board’s response be if the flying of that flag sparked protests inside your community?

Your Board could pass a rule which prohibits the flying of all flags other than those currently protected by Florida law. The protection of the Confederate flag from desecration found in Section 256.10, F.S. does not appear to confer the right to fly it freely in the face of an association’s covenants, restrictions, bylaws, rules or regulations. According to the statutory construction principle of expressio unius est exclusio alterius, the mention of one thing implies the exclusion of another and Section 720.304, F.S., does not protect the Confederate flag in its enumerated list of flags deserving such protection from a community’s private covenants.

If your Board does not have a rule regarding flags prior to an owner attempting to fly a flag which draws offense, your board will have a harder time confronting the issue. If the flag in question draws protests and/or vigilante justice in the form of residents removing or destroying the flag, the Board could seek its removal (or prohibit its resurrection) based on the nuisance provision in its Declaration but that is not the soundest legal position to take. It would be far smarter and safer to pass a rule which prohibits flags other than those listed in Section 720.304, F.S. in order to avoid controversy or enforcement issues in the future.

So what could the Confederate flag-flying resident argue if an association has an otherwise enforceable rule?

1. That his or her freedom of speech is being violated. Since a Florida HOA is not deemed to be a state actor, this argument is almost certain to fail.

2. That Section 256.10, F.S. allows him or her to fly the Confederate flag. This argument is almost certain to fail as well given that the statute does not confer a right to fly such a flag in the face of private restrictions; it merely sets for the behavior which must be observed with regard to the flag. Arguably, the 1961 Florida law is unconstitutional since the U.S. Supreme Court has already ruled that one can disparage or even burn the U.S. flag as a form of politically protected speech.

The takeaway here is that communities must be proactive in identifying potential conflicts and creating rules in advance to address same. If you don’t have a flag rule currently in your community association you should consider adopting one.