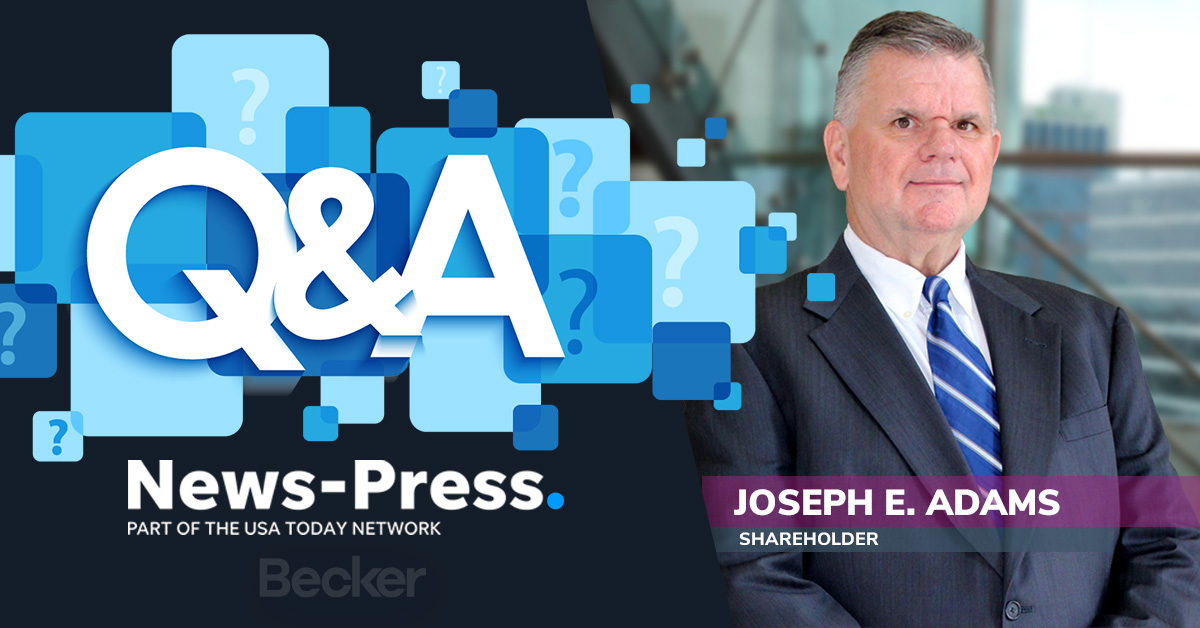 Q: Can a condominium association ban smoking inside condominium unit? I have discomfort and health concerns related to my neighbor’s constant smoking. (M.C., via e-mail)

A: There is no case law on this topic, and it is not addressed in the statute. The board is usually given the authority to adopt rules regarding the common elements, and typically would have broad authority to regulate smoking thereon. In general, Florida law requires the association to prohibit smoking in indoor common areas. The board can also regulate smoking on outdoor common areas, such as swimming pools.

The ability to ban smoking in units (apartments) by board rule is a subject of some contention and debate in the legal community. In general, for a board-made rule to be valid, the board must be granted adequate authority to adopt rules regarding unit use, proper procedures must be followed, the rule cannot conflict with any right contained in or inferable from the recorded declaration, and the rule must be “reasonable.”

By contrast, the courts have held that amendments to a declaration of condominium are “clothed with a presumption of validity” and will be given effect if properly adopted, and not in violation of public policy or a fundamental constitutional right. Declaration amendments need not be reasonable to be legally valid. For this reason, a smoking ban in units would obviously be better enacted through a declaration amendment. Of course, enforcing it is another matter.

A major source of contention in condominium smoking policies is the regulation of smoking on lanais, balconies, and similar private use outdoor or semi-outdoor areas. In some documents, these areas are described as part of the unit, in others, they are designated as “limited” common elements.

It is also important to remember that unit owners have legal rights between themselves, without involvement of the association, including claims regarding “nuisances.” Florida law generally defines a nuisance as a condition which annoys or disturbs another in the free use, possession, or enjoyment of his or her property, or which renders the property’s ordinary use or occupation physically uncomfortable.

In a widely publicized 1995 case, a Florida trial court in Broward County held that the secondhand smoke gave rise to a disturbance of possession, or trespass, because it exceeded common secondhand smoke customarily associated with everyday life. The court also found the secondhand smoke to be a nuisance because it interfered with the plaintiff’s use of the property that was beyond mere inconvenience or customary conduct.

Q: One of the board members of my association rarely attends board meetings and does nothing to assist the board. What can be done to remove him from the board? (B.A., via e-mail)

A: There is little that the board of directors can do directly regarding a lackadaisical board member. If the person is one of the officers, such as the president, vice president, treasurer, or secretary, the board members, by a majority vote, can remove that person from their office.

Board members do not have the legal right to remove directors from the board, this is a right reserved to the owners. Owners can recall a director, with or without cause, by a vote of the entire voting interests (there is usually one voting interest per unit or parcel). The statutes lay out a specific process to follow for the removal or “recall” of a director.

I have seen bylaw provisions that state if a director misses a set number of meetings without being excused, they are deemed to have resigned from the board. I do not believe such provisions would be upheld as valid under current law.

The board can establish an attendance policy and note in the minutes if it has been violated, but that is really more of a political approach than having any legal consequence.

Joseph E. Adams is a Board Certified Specialist in Condominium and Planned Development Law, and an Office Managing Shareholder with Becker & Poliakoff. Please send your community association legal questions to jadams@beckerlawyers.com. Past editions of the Q&A may be viewed at floridacondohoalawblog.com.