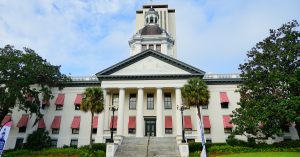 On Thursday, March 11, 2021, President Biden signed a $1.9 trillion COVID-19 stimulus bill known as the American Rescue Plan. This packaged bill contains a wide range of benefits to help Americans still suffering from the pandemic-related collapse of the economy.

The measure includes direct payments of up to $1,400 for individuals and a weekly federal boost of $300 to unemployment benefits through September 6. The bill also includes roughly $20 billion for state and local governments to address back rent, rent assistance and unpaid utility bills, as well as authorizing $10 billion to help homeowners pay their mortgages, utilities, and property taxes. There is also a provision for small business to receive $15 billion through the Emergency Injury Disaster Loan program, $7 billion through the Paycheck Protection Program, and $25 billion for a new grant program specifically created for bars and restaurants.

Resilience. HB 7019 by Rep. Cabrera and the Environment, Agriculture and Flooding subcommittee establishes the Resilient Florida Grant Program within the Department of Environmental Protection. This requires the DEP to complete data sets and assessments and develop a Statewide Flooding and Sea Level Rise Plan to assist local governments combat the threat of rising sea levels. The Senate version of this bill, SB 1954 by Senator Rodrigues, has been referred to two committees and is currently scheduled to be heard in the Environment and Natural Resources Committee on Monday, March 15th.

Additionally, HB 7021, also brought forth by Representative Busatta Cabrera, establishes the Resilient Florida Trust Fund within the DEP; its sole purpose is to fund the Resilient Florida Grant Program, future grant programs, and/or the recreation of terminated programs. After receiving unanimous support in their first committee hearings, both HB 7019 and HB 7021 are currently waiting to be heard in the State Affairs Committee.

Septic-to-Sewer. The proposed committee substitute for HB 387-Improvements to Real Property by Representative Randy Fine passed the Tourism, Infrastructure & Energy Subcommittee on Thursday by a vote of 17-0. However, the latest version of the legislation contains added consumer protections for those who participate in the PACE program and removed the program expansion language that would support property owners transitioning from septic-to-sewer or making resiliency-minded improvements to their homes. It is anticipated that the language expanding the list of qualified improvements may be added back during the bill’s next committee stop. The legislation has three committee stops remaining in the House before being sent to the floor.

The legislation’s companion in the Senate, SB 1208-Property Assessed Clean Energy Program by Senator Ana Maria Rodriguez was passed out of the Senate Community Affairs Committee on Wednesday by a vote of 9-0, in the form of a proposed committee substitute. Unlike its companion in the House, Senator Rodriguez’s legislation still contains the critical provisions for expansion of the PACE program’s qualified improvements to include flood mitigation upgrades and seawall repair and improvement.

The language in the bill would modify the rewards from merit-based awards that pay a specified percentage of tuition to an award that is specified in the General Appropriation Act (GAA). The bill also modifies the eligibility for state financial aid programs by limiting the number of hours to 60 starting in 2022-2023 unless students enroll in a “market-driven” degree program by the state university system Board of Governors and state Board of Education. The bill is scheduled to be heard in its first committee of reference, Education, on Tuesday, March 16th.

In addition, to SB 86, there is also a related bill, SB 52-Postsecondary Education filed by Senator Rodrigues. Said bill is designed to clarify fee exemptions for the Department of Children and Families, and it establishes some requirements for students enrolled in the Dual Enrollment Scholarship program. The bill passed favorably with a committee substitute, in its last committee of reference, Appropriations, with a vote of 11 Yeas, 7 Nays.

There are a variety of companion bills that have been filed in both the House and Senate. HB 1481 by Representative Goff-Marcil and SB 1988 by Senator Pizzo have not been heard in any of their assigned committees of reference. HB 219 by Representative Fischer passed favorably in its first committee, Regulatory Reform Subcommittee, with a vote of 10 Yeas, 7 Nays. It is awaiting a hearing in its second committee of reference, Ways & Means Committee.

Impact Fees. HB 337-Impact Fees by Representative DiCeglie and SB 750 by Senator Gruters would allow local governments to collect an impact fee only if it has planned or funded capital improvements within the applicable impact fee assessment district at the time the fee is collected. The bill would also cap impact fee increases to no more than three percent annually. Lastly, the bill requires the submittal of an affidavit by local governments that collect impact fees attesting that all impact fees were collected and expended by the local government in compliance with the bills. HB 337 is scheduled to be heard in its first committee of reference, Local Administration & Veterans Affairs Subcommittee, on Tuesday, March 16th. SB 750 was recently heard in the Office of EDR’s Revenue Estimating Impact Conference, no votes were taken.

Code Enforcement. SB 60-County and Municipal Code Enforcement by Senator Bradley prohibits code inspectors and code enforcement officers from initiating investigations of potential code violations via anonymous complaints. Under the bill, an individual making a complaint of a potential violation must provide his or her name and address to the local government body before an investigation may occur; unless the code inspector has reason to believe the alleged violation presents an imminent threat to public health, safety, or welfare or imminent destruction of habitat or sensitive resources.

COVID-19. SB 72 Civil Liability for Damages Relating to COVID-19 by Senator Brandes creates civil liability protections for individuals, businesses, governmental entities, and other organizations against COVID-19 related claims. The bill, however, excludes healthcare providers from the liability protections created in the bill. Recently, the bill has merged with HB 7 by Rep. McClure that passed favorably on the House floor on Friday, March 5th, with a vote of 83 Yeas, 31 Nays. The next stop for SB 72 will be the Senate floor.

Riot Penalties. As an update from last week, HB 1-Combating Public Disorder by Representative Fernandez-Barquin and backed by Gov. DeSantis is on its way to the House floor after the bill underwent several revisions. As an update, only state attorneys can challenge reductions to local law enforcement budgets in their jurisdiction rather than any citizen.

In addition, the revisions also clarified that demonstrators must “willfully obstruct” traffic to be eligible for traffic obstruction charges. The bill has been placed on the calendar for second reading. Its companion bill, SB 484 by Senator Burgess, has been heard in the Office of EDR’s Criminal Justice Impact Conference but has not been heard in any committees of reference.

Preemption. As an update from last week, HB 55-Building Design by Rep. Overdorf has moved swiftly through the process by passing favorably through all its committees of reference and now being placed on the calendar for second reading. The bill prohibits local governments from enacting or enforcing any ordinance, regulation or policy or take any action to license or otherwise regulate a home-based business in a manner that is different from other businesses in a local governments jurisdiction. Its companion bill, SB 284 by Senator Perry, is scheduled to be heard by the Community Affairs committee on Tuesday, March 16th.

Taxes. As an update from last week, SB 50-Sales and Use Tax by Senator Gruters was placed on the calendar for second reading, however, was temporarily postponed then retained on the Special-Order calendar. If passed, this bill would become “the largest tax increase in the history of the state of Florida.” The bill, requiring many out-of-state online retailers to collect sales taxes on purchases made by Floridians, is receiving praise and support in the Senate; certain House members do not have the same sentiments.

The Senate feels that the bill would make a dent in the $2.7 billion revenue shortfall the state faces because of the COVID-19 pandemic, however, certain House members feel that the bill is a major tax hike and that there must be an offset of other taxes within the state. Its companion bill, HB 15 by Representatives Clemons and LaMarca, passed favorably in the Ways and Means Committee with a vote of 16 Yeas and 2 Nays. It currently awaits a hearing in the Commerce Committee which has not been scheduled.